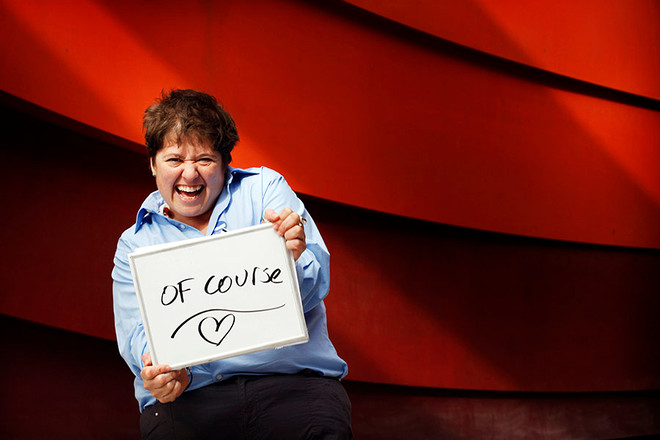 
Peggy Dyer is blessed and inspired with an abundance of gifts as an artist, teacher, poet, photographer and dreamer. Her smile, her infectious love of life and her giggle is contagious. She has a unique ability to capture people in their authentic beauty. "It's my goal to create compelling imagery in a relaxed fun environment. Your photos are a creative collaboration, fun and energetic, yet soft and real. I love to tell stories and create art. Being with people comes naturally for me, they relax into themselves and the moments, its as if the camera is invisible."

• about her One Million Faces Project •

On February 26, 2009, Peggy Dyer was driving toward Boulder, CO in a 1983 Toyota Dolphin camper that she was living in at the time. As she crested the Davidson's Mesa, she heard “I’ve seen a million faces and I’ve rocked them all,” crackle through the old speakers. Bon Jovi’s “Wanted Dead or Alive” came on the radio of the as the lyrics filled the her ears, Dyer was filled with an idea, a knowing that she could photograph one million (1,000,000) faces and change the world with love through her lens. 2 days later at the St. Julian Hotel, the very first One Million Faces photo shoot captured the first 29 faces. In the years that followed, Dyer travelled the the world inviting people to write a simple "message to the world" on white dry erase board.


“When you start to listen to people, you have a better understanding of your community,” says Peggy. She is slowly painting a portrait of our global community. At the pace she’s going it will take her a LONG to complete the project. Dyer isn’t worried. “Things have a way of working out,” she says. The pace has already picked up considerably—her expected completion time in 2009 was over 500 years. She admits she still has a long way to go, but she hopes one day to shake President Barack Obama’s hand…right before she captures his portrait as the 1,000,000th face.


Each photo has a message and there is story within it. “As you put the pictures together, side by side, deeper themes and stories emerge,” says Peggy. Dyer wants the One Million Faces project to open up a dialogue between people who would not have communicated otherwise.


Since that first day, Peggy has photographed over 8,000 people and their messages all around the world. From the sidewalks of Boulder, CO to a bustling city market in Tel Aviv, photos compound and messages group together in conversations that weave and connect in a sea of faces.


The One Million Faces Project is a calling of community, and as each participant expresses
© Peggy Dyer Photography
Powered by ZENFOLIO User Agreement
Cancel
Continue